Finlay Graham lived in the shadow of his older brother for most of his life. Then, the destruction of their home at Dunnottar Castle forces Fin and his family to leave the life they knew. As the falconers of Dunnottar flee the lowlands to protect the ancient regalia of the Scottish kings, Fin finds himself alone and running for his life in the Highlands.

In the rugged Highlands of Scotland, Kelsi Davidson has done a great job running her sheep farm without a man for several years. Kelsi and her young daughter, Coleen, also have a passion for rescuing orphaned and injured wildlife. When an injured Lowlander appears, Kelsi has to decide whether she should risk letting another man into her life or into her already broken heart…especially with the English hunting him. 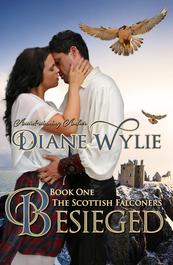 Isobel Graham has always been different. As a Scottish lassie living high on the forbidding cliffs of the medieval Dunnottar Castle and training fierce predatory birds to do her bidding, Isobel has never had time for romantic notions...until she meets Derek Sinclair.

Although he was raised in Scotland, Derek Sinclair is an Englishman. He makes his living as an English soldier. Ordered to attack and kill his former countrymen, he finds himself injured and the only survivor of a skirmish with Dunnottar men-at-arms. Now, he must become a Scotsman or die.

In this exciting sequel to BESIEGED, the falconers of Dunnottar continue their sacred mission to protect the ancient regalia of the Scottish kings. 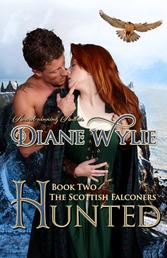 High on the craggy cliffs of the medieval Dunnottar Castle live those who train predators to obey their commands. Falconers like Rabbie Graham have tamed the wild peregrine falcons for decades, and they lust for the thrill of the hunt. But the hunter becomes the prey when the enemy arrives at the gate.

Catriona Dunn is the baker's daughter, just one of many people who come and go in the castle. When the dashing figure of the falconer and his majestic bird catch her eye, she is intrigued. A chance encounter brings them together one night, changing their lives forever.United by a cause, the falconers of Dunnottar must fight to survive an invasion of their home and save the ancient regalia of the Scottish kings from the hands of their enemy. 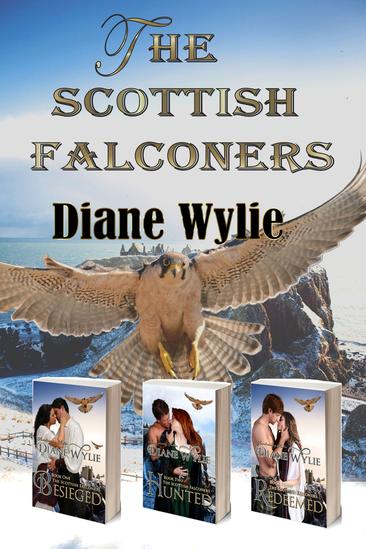 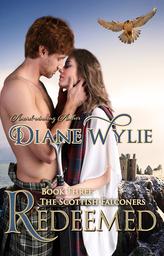 In this three-book bundle, you will meet THE SCOTTISH FALCONERS of Dunnottar Castle, Rabbie, Isobel, and Finlay Graham in three individual books: BESIEGED, HUNTED, and REDEEMED (also sold individually below). This fast-paced, beautiful historical romance will make you want to go back in time to work with majestic falcons and experience the Highlands and Lowlands of Scotland.

United by a cause, the falconers of Dunnottar must fight to survive an invasion of their home and save the ancient regalia of the Scottish kings from the hands of their enemy.

Use the links below to purchase THE SCOTTISH FALCONERS ebook bundle. Books are also sold individually at Amazon and Barnes and Noble.