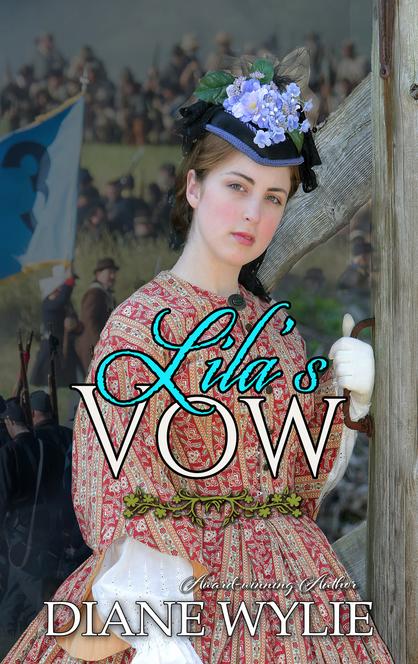 "In Lila’s Vow the story continues of a man and woman whose quest for love, honor, and revenge leads to spying, kidnapping and suspense.  Hearing that her husband was killed in the battle of Mine Run, Lila was left with nothing but rage and revenge on the Confederacy for taking away her one true love.   Devastated over Jack’s purported death Lila was enlisted by the Pinkerton agency to pose as a southern belle and spy on the enemy.

The author whose research into this period of history is second to none, tells the story from both sides as to Jack’s trials and tribulations in the hell-hole of Andersonville prison, to Lila’s careful and dangerous infiltration into the higher echelon of the Confederacy in order to help the Union bring a quick end to this shameful war which pitted brothers against brothers.

With her superb writing skills and exhaustive research, Ms. Wylie sets the stage with vivid imagery of the battles, the pain and the blood, and have you ducking from the cannonballs of the major and minor battles.  You’ll see and smell the horror and stench of the confederate prison; and see and feel the joy of a jubilant reunion between two lovers.  However, Wylie doesn’t let it end there and continues to up the bar with more edge of the seat adventure.

​Bottom line:  Ms. Wylie writes a powerhouse of a novel that describes a love like no other and the brave men and women who gave their all for a happy ending.  Excellent reading and highly recommended."