Celeste Macallister has inherited a run-down old theater called The Roxy. Without much money to fix up the place, she decides to hire the famous magician, Matthew Stewart. Little did she know that strange things would start to happen when Matt and his little dog, Copper, come to stay.

5 stars from the Paranormal Guild!

When Illusionist, Stephen Elliott, receives an ancient Mayan stone, sleight of hand brings real power and moonlight is the key to life itself.

​All About That Magic 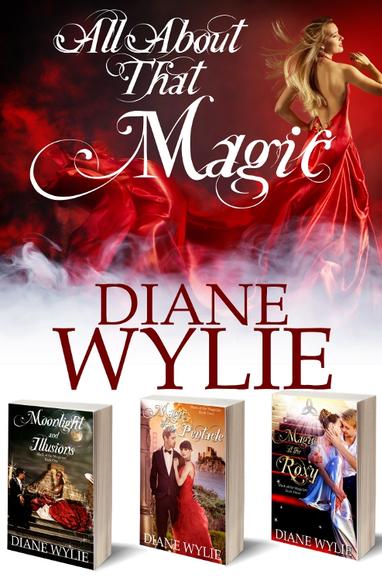 The Prequel to Moonlight and Illusions

Magic of the Pentacle

The Pentacle, a five-pointed star, gives magician Richard Blackstone real powers. But when he falls hard for Dr. Juliana Nelson, he must struggle to deal with his past, her future, and a legion of spirit warriors.